Aegir is ∼5 kilometers in size and thus a small irregular moon of Saturn. It has been discovered in 2004 joint with eleven other outer moons. Aegir’s mean distance to Saturn is ∼21 million kilometers, with one revolution around the planet on a retrograde orbit requiring 3 years and 3 weeks.
Since Aegir’s ephemeris (position in the sky) is not accurately known, we did not make an attempt to observe it with Cassini. The best chance would have been in early spring 2015, but due to competition with other objects and due to the uncertain ephemeris, we did not try.

Fig. (middle): Since no Cassini image of Aegir exists, a fictive drawing of Aegir, taken from Karley Sullivan’s Satellite Hand drawings on the MOCAM website, is used here for illustration and fun.
Fig. (right): Time history of the on-sky position uncertainty for Aegir as seen from Earth (Fig. 1 from Jacobson et al. 2012).

This page compiles (much of) our knowledge of Aegir in compact form. It provides general information like discovery circumstances and orbital and physical parameters, plus viewing geometries from the Cassini spacecraft. For further reading on Aegir and on irregular moons of Saturn in general, see the reference list at my ‘Outer Moons of Saturn’ page.

Most fundamental values are highlighted in red. The notes offer explanations, calculations, accuracies, references, etc. The data were obtained from ground-based observations.

(7) The density of Aegir is not known, the given number is speculative. There are indications from other Saturnian irregular moons that these objects have quite low densities (well below 1 g/cm3), similar to comets or some of the inner small moons of Saturn. However, a higher density, maybe up to 2.5 g/cm3, cannot be ruled out.

(20) Hill radius at periapsis in Aegir-radius units. With $R_{Hill}=\sqrt[3]{4\pi\rho_{moon}/9m_♄}\cdot r_{moon↔Saturn}$, this number only depends on the object’s distance to the central body (Saturn; linear dependency) and on the object’s density (proportional to the cubic root; see also note (7)).

Table of contents:
(8B) Map: Aegir in the sky of Cassini
(8C) Aegir geometry and visibility graph (range, phase, and magnitude vs. time)

The Cassini spacecraft made no attempt to observe Aegir.

(8B) Map: Aegir in the sky of Cassini 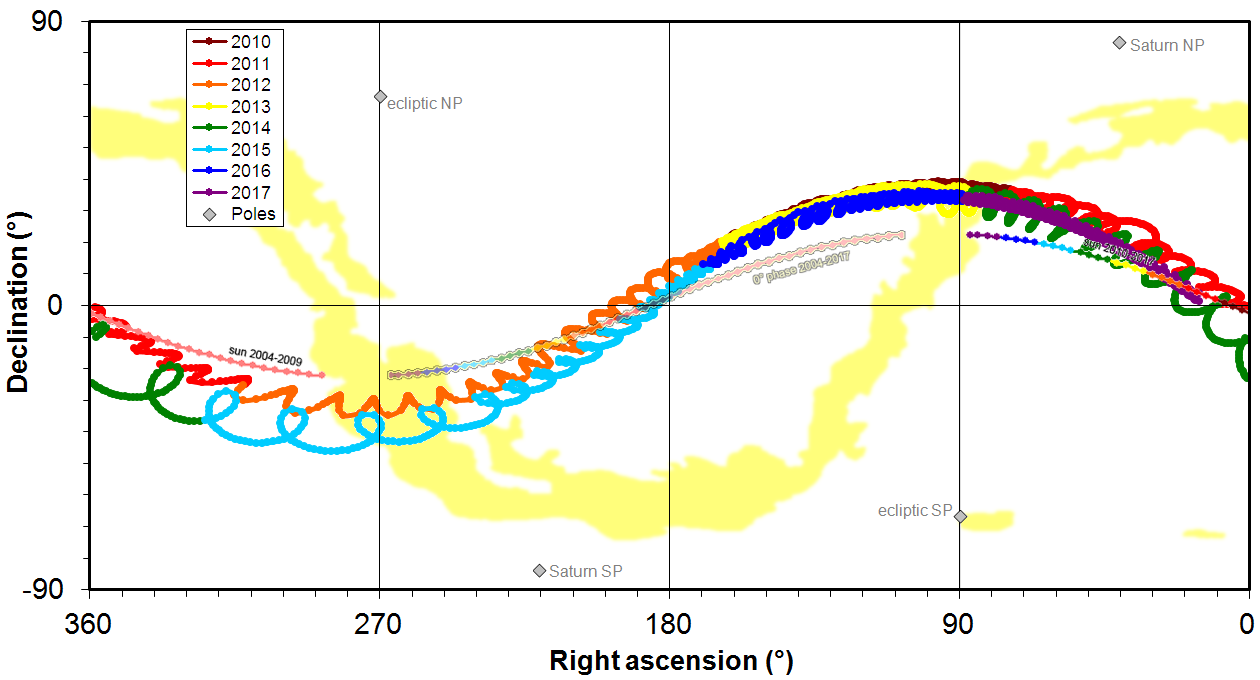 Aegir as visible to Cassini between 2010 and 2017. Orthographic projection of the sky; geocentric coordinate system (RA/Dec). As a retrograde object, Aegir moves from left to right. 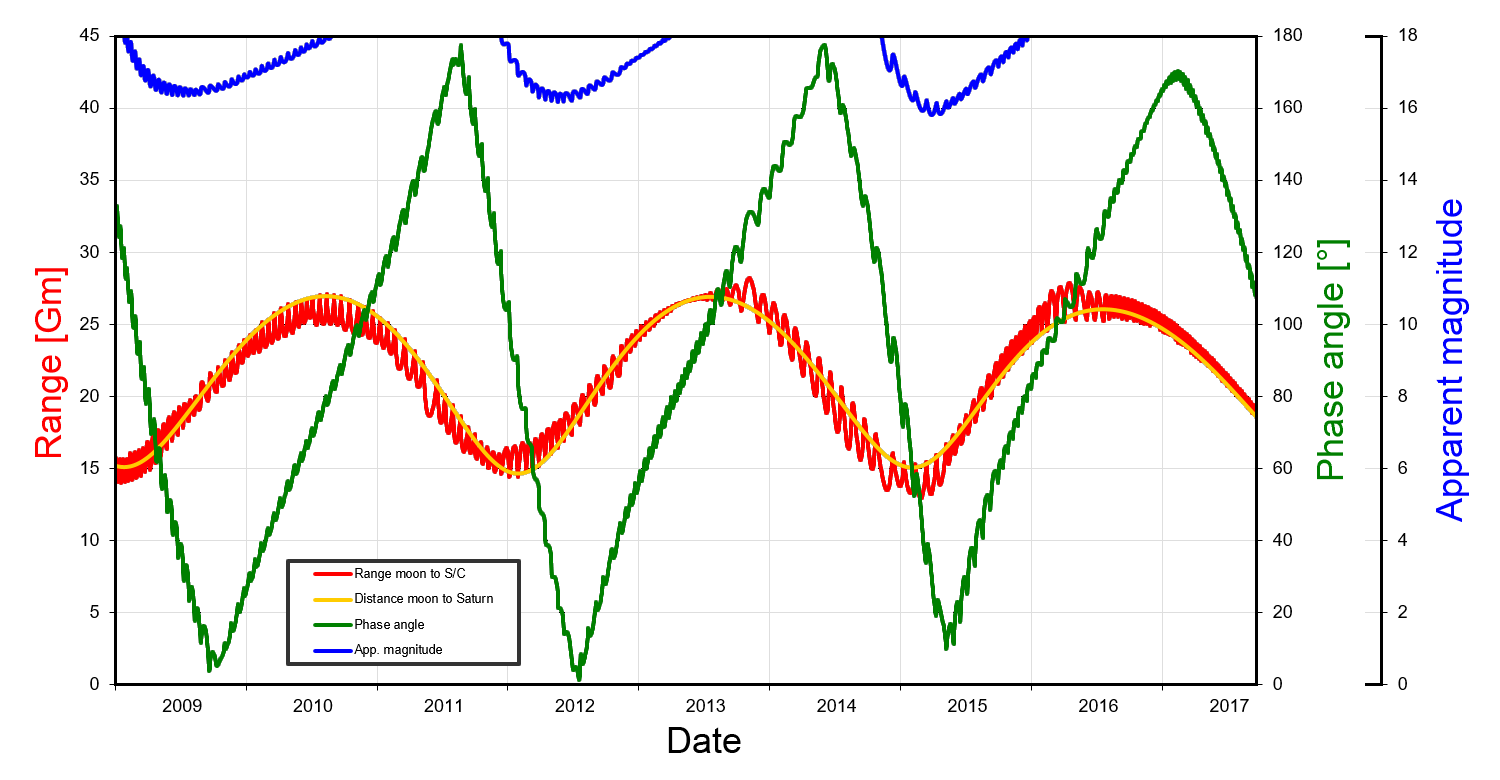 This graph has been used to seek for potential Aegir observation opportunities.

Notes: Left axis: Range of Aegir to Cassini (red) and to Saturn (orange); right axes: phase angle (green) and apparent magnitude of Aegir (blue) as seen from Cassini for the time range 01 Jan 2009 to 15 Sep 2017 (end-of-mission).