The header image of this page shows Saturn’s mid-sized icy moons. From left to right: Mimas, Enceladus, Tethys, Dione, Rhea, Iapetus. The moons are not displayed to scale; their diameters actually vary from ∼400 km (Mimas) to >1500 km (Rhea). They are all more or less spherical in shape; some appear as half or gibbous moons here because of the illumination conditions during the observation. 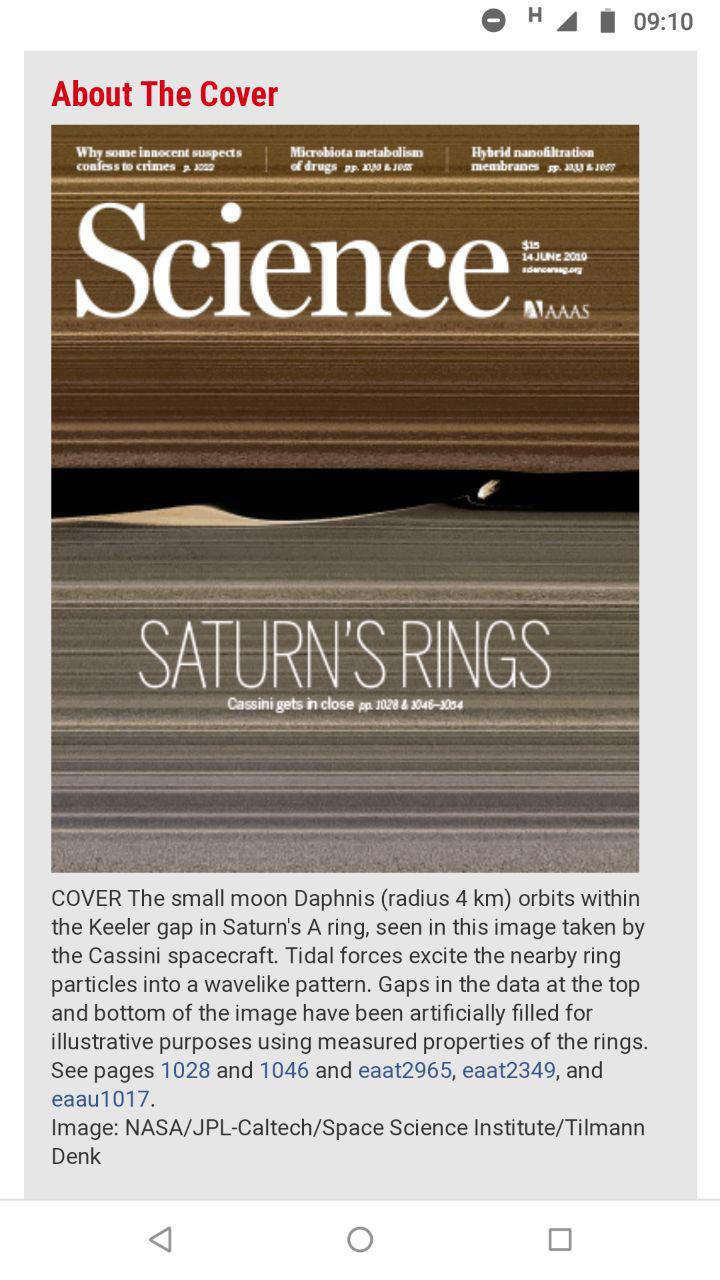 ♦ A composite of six images that I compiled a while ago has been selected as the cover image of Science Magazine‘s issue of 14 June 2019. It shows the highest-resolution image of Saturn’s ring moon Daphnis in the Keeler gap plus some of the waves Daphnis creates. The complete composite was built from three high-resolution and three color images obtained on 16 Jan 2017 by Cassini’s Narrow Angle Camera during orbit 257. This image version was published simultaneously at NASA/JPL as PIA23167 (see also here). The Science Magazine issue includes several research articles on Saturn’s rings and small inner moons.

A high-resolution version of the Science cover (pdf format) can be found →here.

Copyright note (AAAS): “Readers may view, browse, and/or download material for temporary copying purposes only, provided these uses are for noncommercial personal purposes. Except as provided by law, this material may not be further reproduced, distributed, transmitted, modified, adapted, performed, displayed, published, or sold in whole or in part, without prior written permission from the publisher.” 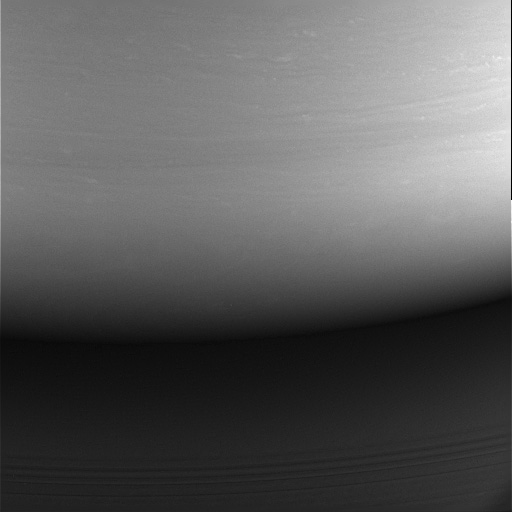 The version of the image shown here is a .jpg file which has been calibrated with the ISS calibration software (CISSCAL) and slightly contrast-enhanced, plus rotated by 180° so that north is up. In the upper part, the atmosphere of Saturn is visible, illuminated by the rings. The lower part shows the inner parts of the rings, illuminated by the light reflected back from the planet. The impact site of Cassini is located somewhere in the upper left part of the frame. This image was also presented as the “Astronomy Picture of the Day” on 16 Sep 2017, the day after the Cassini plunge.